Joint Press Statement -Concern about the inclusion of a last-minute amendment to allow waste importation into the Maldives for waste-to-energy : President must not ratify this bill
07 Dec 2022, Wednesday
Press Release | Uncategorized

The Maldives parliament, the People’s Majlis, passed the much awaited Waste Management Act (WMA) on the 28th of November 2022. This is the first legislation of its kind on waste management in the Maldives. The waste management bill was submitted to the People’s Majlis by the government on 16 May 2022, which was subsequently sent to the Environment and Climate Change Committee (ECCC) for review on 27 June 2022. The proposed legislation has been in the parliament for the past six months but notably, not a single public consultation was held on this serious national issue.

Although this legislation brings about much-needed legal avenues to regulate a mismanaged and poorly regulated waste governance regime, we are deeply concerned about a last-minute amendment in section 44 of the bill.  The surprise amendment is a completely unexpected turnaround to section 46 of the initial bill which specifically prohibited the importation of any kind of waste into the Maldives.  The provision to prohibit waste importation into the Maldives was a point raised by Zero Waste Maldives and included in the bill. Therefore, the last-minute regressive reversal of this section by the ECCC comes as a complete shock to us.

Zero Waste Maldives has consistently maintained that Waste-to-Energy (WtE) incineration is not technically or financially feasible for the Maldives. We have continually raised concerns that the government may find loopholes to import waste to ensure a guaranteed feedstock of waste for the foreign incinerator operator. The WtE projects, which the government has contracted to foreign companies, operate with the support of international financial institutions such as the Asian Development Bank (ADB), World Bank, and affiliates.  Responding to these concerns, the Ministry of Environment, Climate Change, and Technology (MoECCT) has provided assurances that there is enough locally available feedstock to meet the required waste-demand to run the incinerators. However, with the current ill-intentioned change in the law, it is very clear that actors within the MoECCT do not believe that to be true and the assurances provided lack substance. What this means is that the government has now opened up vulnerable communities of the Maldives to the same fate as other developing countries subjected to the global waste mountain generated by developed countries.

After China closed its doors to plastic waste imports in 2018, developed countries sharply diverted exports of plastic waste to other Asian countries, such as Malaysia, Thailand, Sri Lanka, Vietnam, and Indonesia. Many receiving countries lack adequate waste management strategies and facilities, thus plastic waste imports further undermined domestic waste segregation and collection. Evidence also points to an increasing illegal trade in plastic waste which has led to open dumping or burning of waste materials, adversely affecting the health of communities and the environment. Bangun and Tropodo villages in Indonesia are found to be highly contaminated with high levels of hazardous chemicals as a consequence of excessive plastic waste imports.

Communities impacted by the negative impact of plastic waste imports from Asia, Africa and Latin America have called for an end to the practice. Countries have tightened controls in attempts to stem pollution from plastic waste imports, while Thailand plans to phase out all imports by 2025. The European Union (EU) will potentially ban all plastic waste exports outside the EU. The world is recognizing that plastic waste exports enable excessive plastic and petrochemical expansion, exacerbating pollution and climate change. For a country vulnerable to the impacts of climate change, it is crucial for Maldives to invest in zero waste solutions that can alleviate the climate crisis.

Who will protect us?

A further concern is that the ECCC in its review of the bill had failed to introduce any avenues to regulate WtE incineration in the Maldives.  This gap in the legislation is a specific point of concern highlighted by Zero Waste Maldives to the ECCC on 12 September 2022 at a Committee meeting. Consecutive governments in the Maldives and the parliament have failed to establish an independent environmental regulatory authority, despite recognition of the fragility and vulnerability of the natural environment of the country. In the absence of an independent environmental regulator and the presence of a foreign incinerator operator, it is imperative that there be legislation that ensures proper regulatory oversight of WtE incineration operations. This is not least because of the serious public health protection obligations to regulate toxic outputs that incineration generates, including toxic fumes causing air pollution, and toxic material by-products including fly ash and bottom ash. Without such regulatory rigor, the Maldives is exposing itself to intensive exploitation which has been the experience of several neighboring countries including India and Sri Lanka. The disregard for public health concerns closely linked to incineration pollution as the Maldives population struggles to recover from the Covid-pandemic and ongoing pollution-related respiratory diseases.

We also condemn the Asian Development Bank (ADB) and Asian Infrastructure Investment Bank (AIIB) for failing their due diligence responsibilities and co-financing WtE incineration in the Maldives. The lack of transparency of this project has been flagged to the government and ADB on several occasions, with no rectification from the project management. ADB and AIIB are in violation of multiple social and environmental safeguards by moving ahead with this project in the Maldives. Allowing the importation of waste for “waste to energy” for the project funded by ADB and AIIB exemplifies ADB and AIIB’s complete disregard for international environmental agreements such as the Stockholm Convention and Minamata Convention. Both conventions warn countries about waste incinerators as a major source of highly toxic substances, particularly dioxins and mercury.

Do not ratify the WMA into law

The passing of this bill was fast-tracked along with 10 other pieces of legislation put through the People’s Majlis on the same day with little to no debate on its contents.  Notably, the bill passed with 54 votes in favor and no dissenters.  No stakeholders received a finalized copy of the bill after the last committee meeting on the 23rd of November 2022 before being put to a vote by the parliament on the 28th of November 2022. This comes after Zero Waste Maldives highlighted that there should be meaningful consultations done before, during as well as after laws are introduced to parliament, and that stakeholders should be consulted after amendments are made to bills before it goes to vote by the parliament.

In light of all the above concerns, we call on President Ibrahim Mohamed Solih :

1) not to ratify the WMA into law

2) to ensure the above collective concerns are addressed comprehensively with an inclusive and nationwide public consultation on the waste management issue in the Maldives, and

3) to develop clear government policy commitments and assurances that the Maldives will not be turned into a waste dumping ground for foreign contractors, companies, or governments seeking to deal with their insurmountable waste mountains. 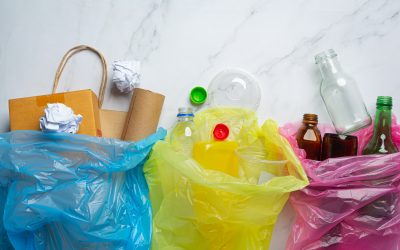 Although the concept of Extended Producer Responsibility (EPR) has received increased attention in the Maldivian context only in the last year, it is by no means a new concept. The recycling markets that existed in the 1980s, especially for high-value plastic... JOALI Maldives has provided financial assistance to support Fehifathi. A Collaborative project run by Zero Waste Maldives with the support of Dreamers Maldives and Alun Maldives. JOALI Maldives is a passionate supporter of environmental conservation, community... 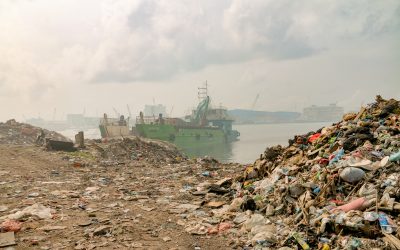