What is a PRO?

Producer Responsibility Organizations (PROs) come into play when a collective EPR system is being implemented. This means that instead of each party being responsible for the disposal and management of the waste it produces or imports, a third party is assigned partial or full responsibility. Typically, this third party acts as a joint institution to manage packaging waste after final use and to coordinate waste management activities. In order to be able to fulfill legally approved recovery rates and waste management practices, the PRO demands a fee from the legally obligated companies. In most cases, this fee is paid by the institutions that introduce the packaging to the market (suppliers, producers, importers), as they have the most influence on the design of the packaging (Ellen MacArthur Foundation, 2021). (Ellen MacArthur Foundation, 2021) There is the option of a modulated fee which incentivizes recyclable design and grants a bonus for well recyclable materials like rigid PE and PP as well as transparent PET bottles (WWF, 2021). In addition to collecting fees, significant responsibilities of PROs include the following: Registration of all obliged companies; tendering and contracting for collection and recycling of packaging waste; documentation of collection, sorting and recycling; informing the inhabitants and other waste producers about separate collection of packaging waste; awareness raising; providing documentation and proof to the supervisory authorities (WWF, 2019). The PRO is considered the most important stakeholder in a collective EPR system and manages the construction, development and maintenance of the system as well as the take-back obligations for the responsible producers and importers. PROs offer advantages to producers, such as enabling economies of scale and reduction of free riding (Dimitropoulos et al., 2021). Apart from that, a centralized organization also allows for higher transparency and verification of compliance, in particular the monitoring of industry progress towards collection and recycling targets (European Commission, 2014).

In order to make the functioning and financing of the PRO sustainable, fees must be set to cover all costs related to waste management, such as:

There are several ways to structure PROs. Either there is only one PRO, usually owned by the obligated companies or the state, or there are several competing and privately-owned PROs from which the obligated party must choose one to meet its responsibilities. Based on an analysis of available data and stakeholder feedback, the European Commission (2014) concluded that there is no clear evidence that one model is more successful or efficient than another. It particularly emphasizes the need for fair competition within a stable and clear framework with thorough monitoring and strict rules for all, once the presence of multiple providers in the market leads to a competitive PRO system.

Four main differences in the setup of a PRO system are listed in in the below (WWF, 2021):

In general, it is common for a third, neutral party to be involved in setting up a functioning PRO to avoid cherry-picking and to promote transparency in the system. In addition, existing roles need to be revised and integrated into the new system in an efficient manner. For example, the involvement of municipalities, which in many countries have an active role in the collection and treatment of packaging materials, may change if full operational and financial responsibility is transferred to producers. In this case, municipalities could act as subcontractors to PROs to continue previous activities (OECD, 2016).

Financial set up of a PRO

For the financial feasibility of a potential PRO in the Maldives, several factors have to be considered. The composition of these factors ultimately calculates the fee that producers, importers and wholesalers have to pay to the PRO. These costs vary from country to country and also depend on the technologies already in place. For example, since the Maldives has neither a Material Recovery Facility (MRF) for sorting waste nor a recycling facility, these costs will be higher, respectively. Also, the inland shipment costs, which occur due to the islands scattered all over the country, are very high and have to be included in the PRO fee accordingly (see figure 3).

The EPR project team was able to calculate an estimate of the total cost of managing plastic waste generated in the country based on the number of tons of plastic waste generated annually in the Maldives and information from surveys, interviews, and a financial feasibility study for the establishment of an MRF. The PRO should collect an average fee per ton from obligated industries to fund the entire cash flow so that all waste-related activities can be covered. Figure 3. Transport costs of 50kg of segregated baled plastic waste out of islands.

Table 1 Draft Calculation of PRO fee in the Maldives

*Based on 29,400 tonnes of plastics generated per year and assuming a 20% additional PRO costs (PRO management + awareness activities)

On top of those country-specific factors costs like expenditures for awareness raising (around 7%) and administrative costs (around 13%) of the PRO have to be added.

All in all, the future costs to be borne by a PRO can be described by the values shown in Figure 3. 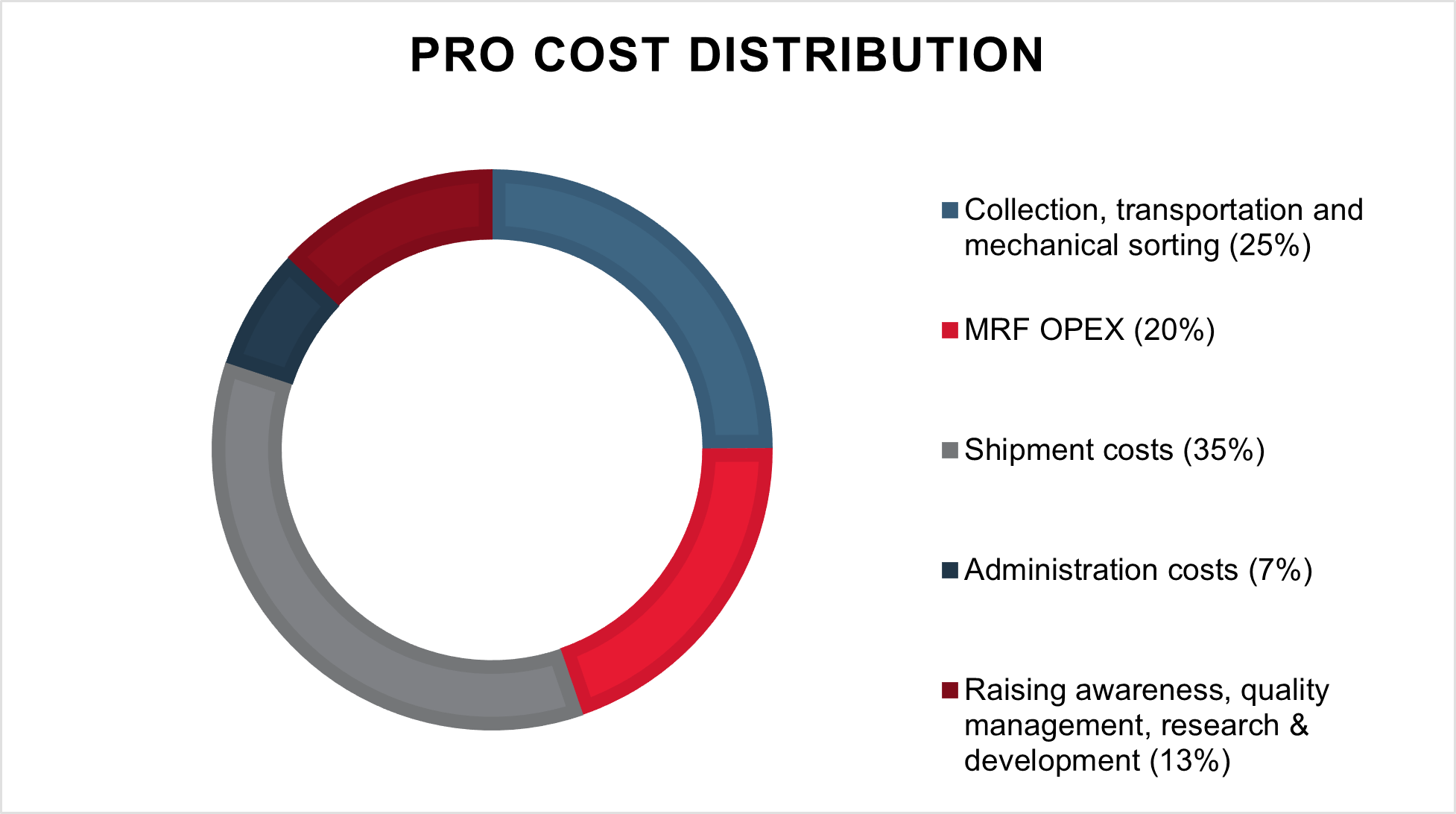 Way forward in the Maldives

Clearly producers located in the Maldives (the main producers of PET bottles) will have to pay the fee which should cover all waste management related costs in the country. However, it is less clear about importers of plastic products, who generate most of the plastic waste in the country. In general, all importers who distribute the product in the country are also responsible for bearing the costs of the EPR system. However, in a list provided by the customs office, many players appeared who only import small quantities of plastics (in some cases less than 1 kg). Therefore, a threshold value could be introduced above which a contribution to the system would make sense. This threshold could be between 300 and 500 kg of imported plastic. All importers exceeding this threshold would pay a fee based on the weight of the plastic packaging they import.

Due to its geographic and developmental situation, the Maldives is characterized by high energy prices, limited import access, high export costs for recyclables and above-average labor costs, which should be considered when planning an EPR system and the respective PRO fee. Risks in establishing a PRO set-up, may include also rising commodity prices, political risks, lack of awareness and commitment among the government, but also the population, and the changing presidency. These risks are mitigated in the sense that plans are already underway to establish a sorting line in the country. Parley, together with ADB, are setting a milestone with their plans for a collection center to be implemented in the near future and provide good back-up for the implementation of the EPR plans. Apart from this, private companies such as Coca Cola are already showing great interest in establishing voluntary EPR programs and participating in the establishment of a PRO. 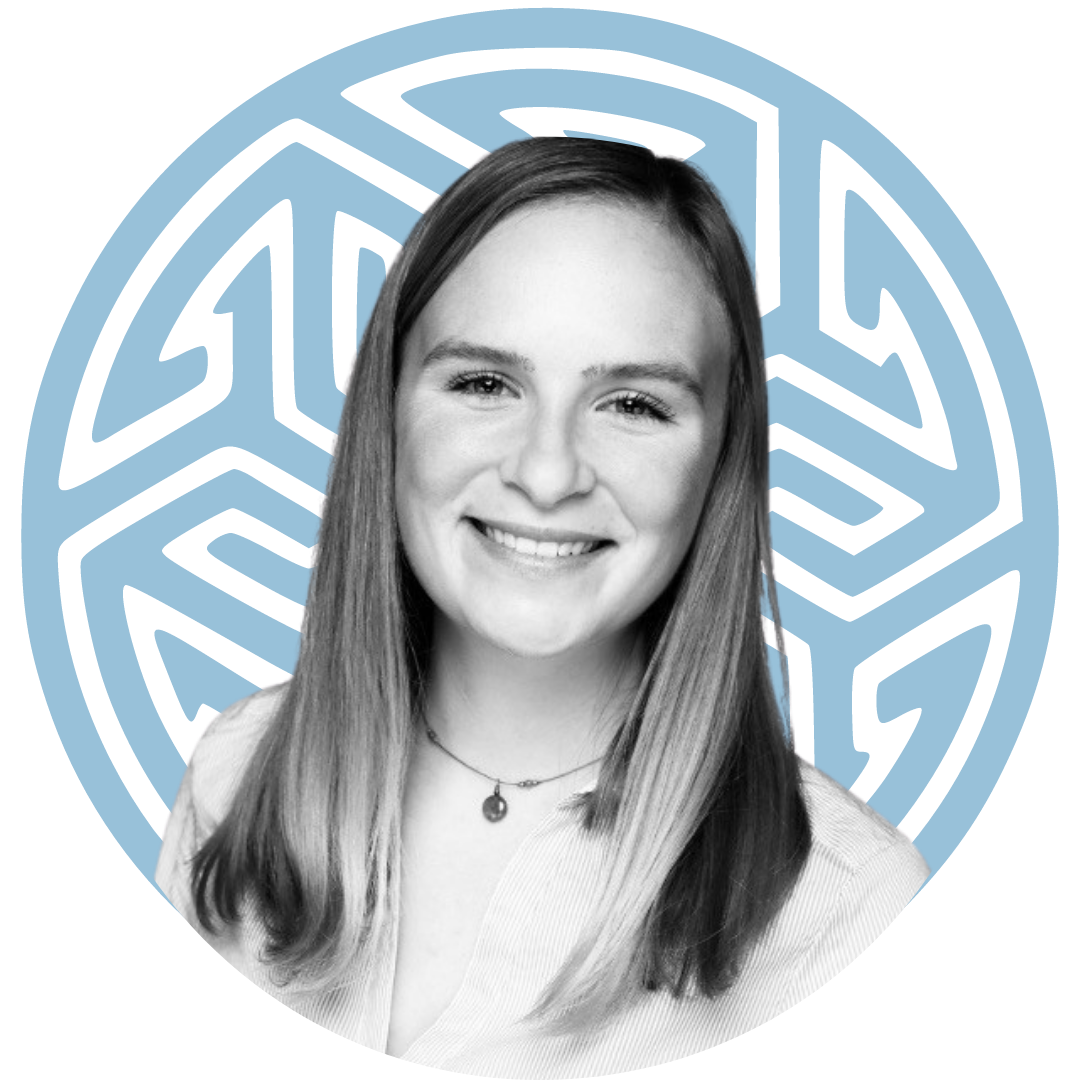 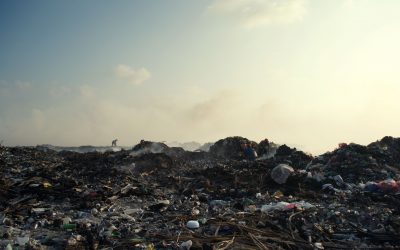 Joint Press Statement -Concern about the inclusion of a last-minute amendment to allow waste importation into the Maldives for waste-to-energy : President must not ratify this bill 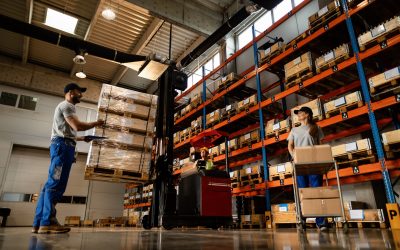 Singapore Case Study To solve a problem, one must first understand the scale of the it. For this reason, the EPR Maldives project team set out to understand the volume of plastic products entering the market through stakeholder interviews and analysis of import data... 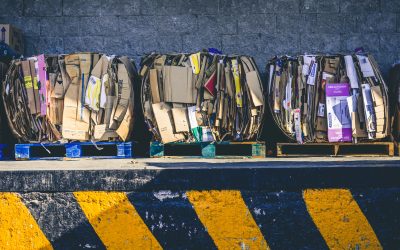